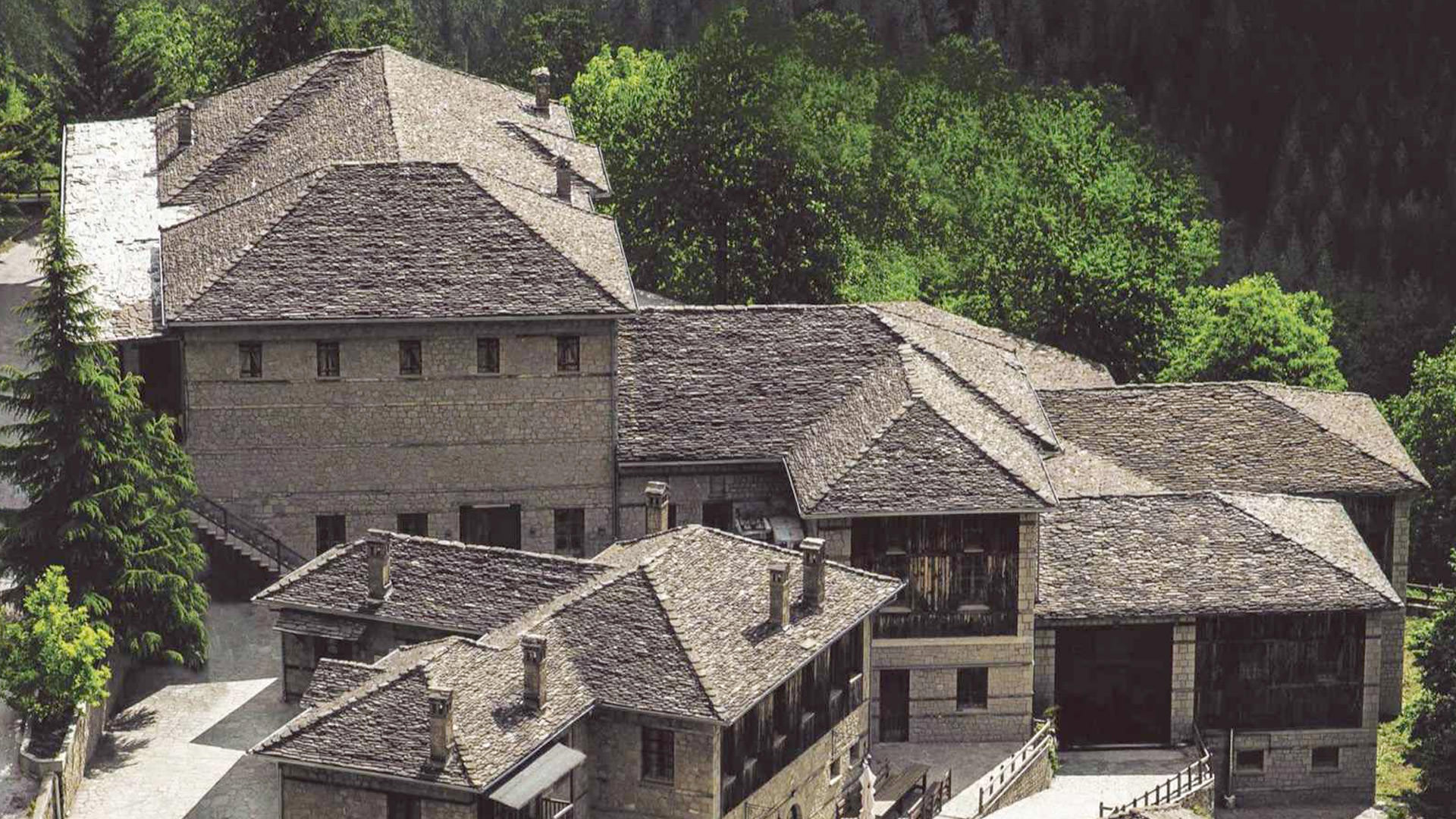 The Katogi Averoff Winery is located in the village of Metsovo at an altitude of 1,150 metres. Its history began in the late 1950s when Evangelos Averoff planted Greece΄s first Cabernet Sauvignon vines on the steep slopes of Mount Pindus and bottled the wine now known as Katogi Averoff in the cellar (“katogi”) of his home in Metsovo.

Today, after eight seperate extensions and renovations, the winery is equipped with all the contemporary equipment required for producing and bottling wine. Its cellars can boast over 1200 oak barrels in which our red wines mature, while the winery shop offers rare and collectible bottles of wine for sale from its 1974 vintage on.

The route through the winery that is open to visitors is enhanced by a variety of audiovisual media and constitutes a unique tour of wine production and the winery΄s history, culminating in a tasting of Katogi Averoff wines. Katogi Averoff Winery is an integrated wine tourism facility. It features a wine bar, a shop and a 4-star hotel, the “Katogi Averoff,” which was opened in 2008 with the hope of combining the world of wine with art and warm hospitality in a magnificent natural environment.

The vineyards in Yiniets, Metsovo, are among the most mountainous vineyards in Greece and cling to the slopes of Mount Pindus at an altitude of 1,000 metres, in a place where the seasons of the year move at their own pace and the vines mature slowly. Varieties of Cabernet Sauvignon, Merlot, Cabernet Franc, Pinot Noir, Syrah and Traminer are cultivated in Yiniets, which means “vineyard” in Vlachika (a dialect used in Metsovo), along with native varieties of early Metsovo, Gudaba, Vlachovona and Piknoasa.